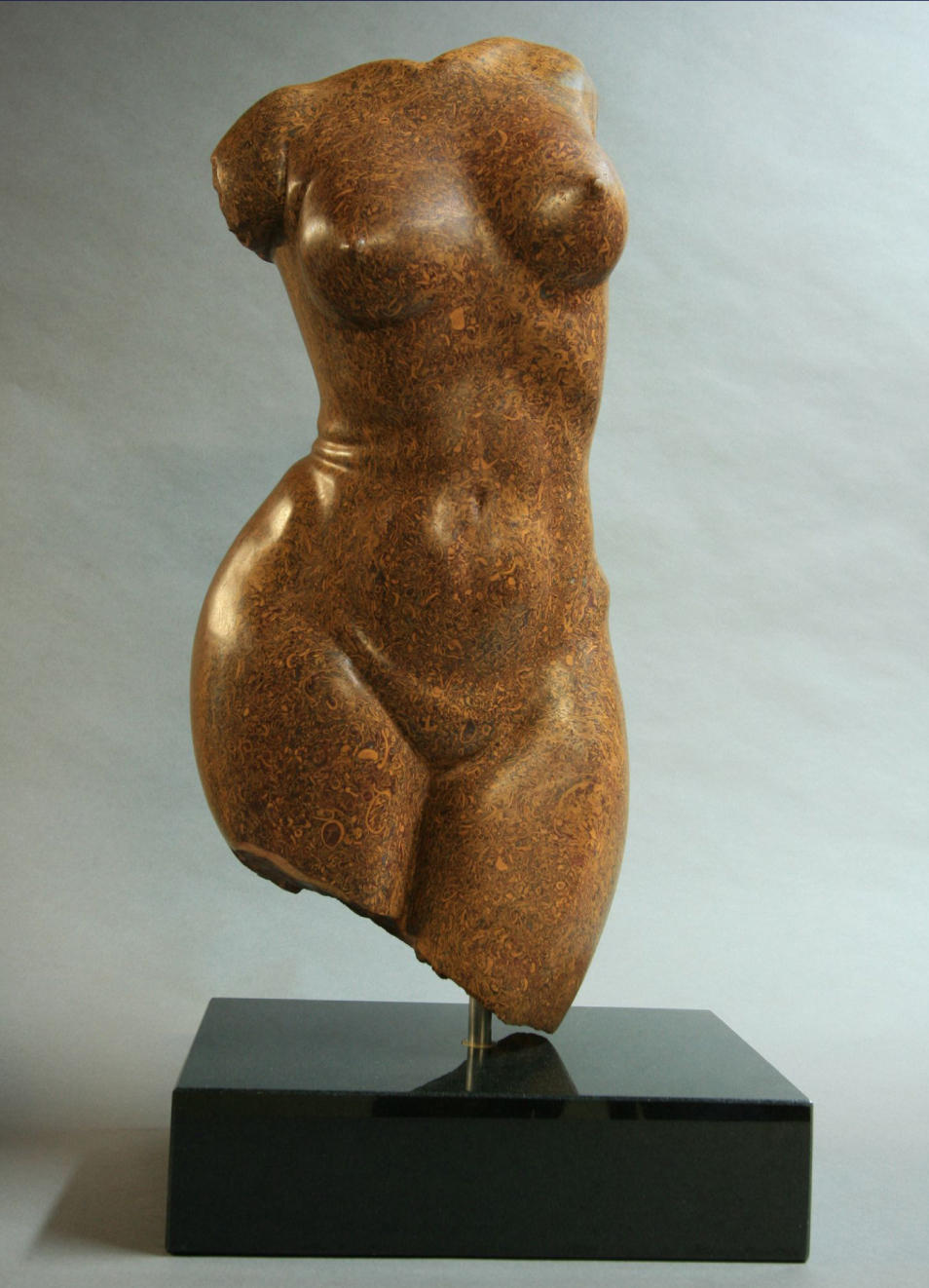 The mystery of stones guides sculptor Chris Provenzano’s fingers. “There’s always a surprise within each stone. I never know how the rock will behave when I began my work, if I’ll find a fossil, or what colors lie beneath the surface; each stone has a unique character. I follow the stone, unless working from a maquette.” Chris Provenzano grew up in a family of artists and musicians and earned her degree in Studio Art from UC Santa Barbara. She later worked as a sculptor for a novelty company, making models of Halloween novelty characters and animals, like The Incredible Hulk. The finished products were then sold to amusement parks such as Disneyland and Universal Studios. This commercial work influenced her style as a fine artist. Provenzano started working in stone and bronze at Art City Studios in Ventura 20 years ago. She was mentored by FOTM-documented artist Joanne Duby. Although emotion is difficult to express in the hard medium of stone, tension, tenderness and sensuality appear in her works. Her subject matter ranges from fanciful bees, sensuous female torsos, colorful abstracts, and stylized political commentaries. Always passionate about her art, the artist considers herself the most fortunate person in the world

Provenzano’s documentation took place in 2012 and was sponsored by Mary & James Galbraith. The AfterGLOW was hosted by The Old Broads Catering Company.