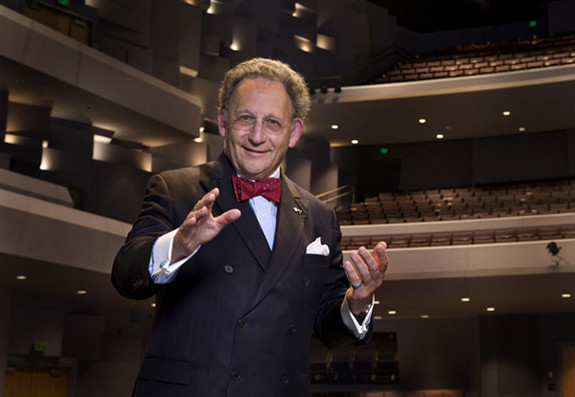 Can executives of Fortune 500 companies make beautiful music together? Can a “hog” riding Canadian inspire classical music audiences? We know that the answer is “yes”! Maestro Boris Brott is a recipient of the Order of Canada, holder of an Honorary Doctorate of Law, Knight of Malta, Fellow of the Royal Society of Arts of Great Britain, and former Conductor and Music Director for the New West Symphony. His conducting has taken him around the world, as has his career as a motivational speaker. He points to the goals of both big business and symphony orchestras and how they must perform in harmony to achieve those goals. He understands the teamwork and leadership – and inspiration – that is needed within organizations. A highlight of his career was to conduct his mentor Leonard Bernstein’s Mass at the Vatican during the Diamond Jubilee. The Maestro was greatly influenced by his father, conductor and violinist Alexander Brott, who instilled in him the belief that “everything is possible – if you have the will to survive with substance.”

Boris has an amazing ability to communicate with his audiences. Under his guidance, the New West Symphony earned an excellent reputation. This portrait taken within the Kavli Theater reveals the enthusiastic personality of the Maestro. The empty theater emphasizes the long hours spent in preparing for each concert.

Boris Brott’s documentation took place in 2006 and was sponsored by Jordan & Sandra Laby and Dick and Betsy Chess.  The FOTM Archive contains extensive information about this artist.