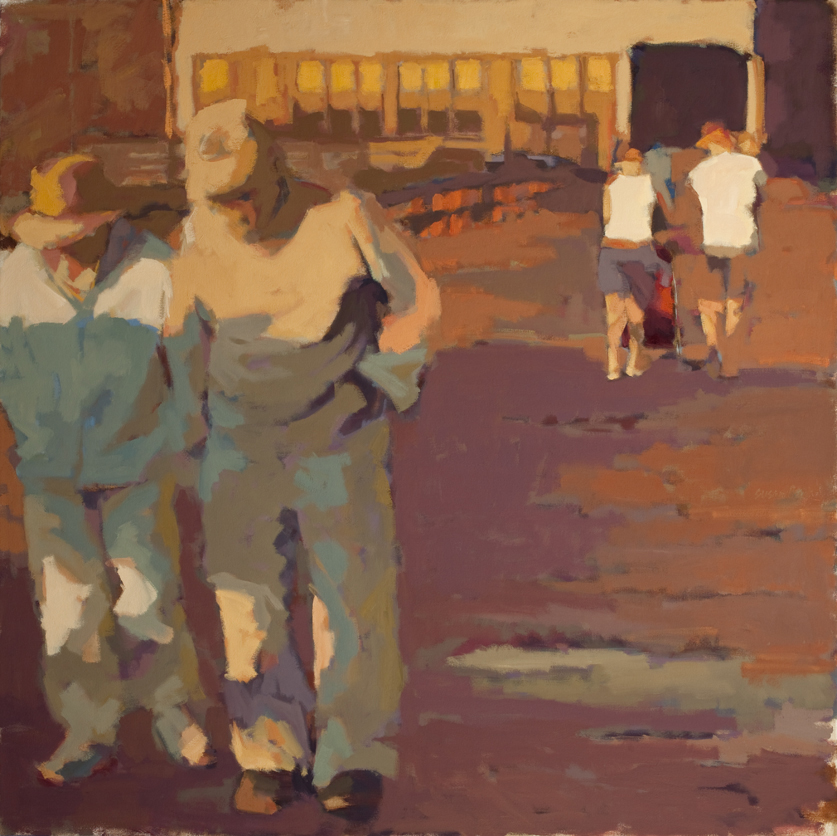 Susan Cook is a contemporary fine artist whose oil paintings are inspired by nature and an interest in experimenting with figuration, color and shapes. Initially, her paintings are quickly drawn, going through many color transformations with her signature brushwork, often destroying entire passages and repainting others to give focus. Josef Woodard wrote in his Los Angeles Times article that “her brusque brushwork leans away from details and edges of things, flirting with abstraction at times”. The effects of light are central in her work. As a young woman, Cook worked as a legal secretary before attending USC, majoring in physical therapy; however, she chose to postpone her studies to care for her family which included husband, Bob, and their two children. As a re-entry student at Ventura College, she developed a passion for painting working under such remarkable faculty as Hiroko Yoshimoto, Carlisle Cooper and Robert Moskowitz. She transferred to CSUCI and earned her Bachelor’s Degree in Art, graduating Summa Cum Laude in 2003.  Cook is the proud recipient of many awards including the 2011 Mayor’s Art Award, Artist in the Community. She served on the Standards Committee at SCIART,  the Public Art Commission for the City of Ventura and as board member for numerous local art organizations, including the Ventura Music Festival. Cook considers herself an artist who has greatly benefited from the rich art community in Ventura.

Cook was documented in 2015 and was sponsored by Tracy Long & Don Taylor. The AfterGlow was hosted by Kevin & Christine Beirne.