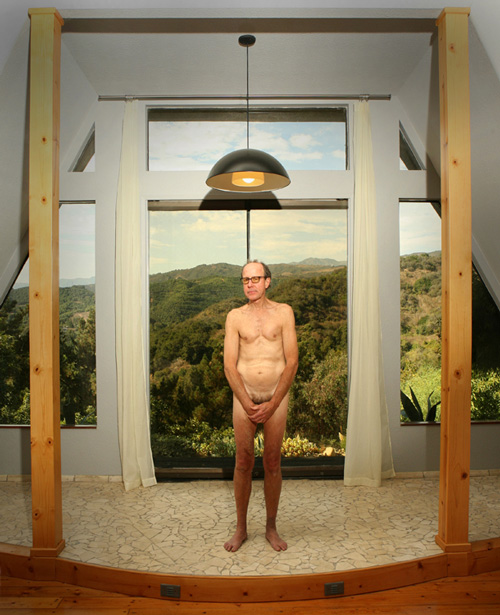 In a world that is increasingly chaotic, is it the role of the artist to eliminate chaos? Or, is he simply to pick up the pieces of a shattered world and rearrange them? If our perceptions of life are jarred and out of focus, should the artist add to the confusion or create new ways of seeing? Keith Puccinelli was an artist who captured our sense of an off-kilter world through drawing, assemblage, performance, video and installation. His complicated, at times unwieldy, frequently scary works do not so much explain the world as make us actively question what we’re seeing and hearing. His willingness to bare his soul is evident in works that are at once deeply personal and a commentary on the vicissitudes of modern life. FOTM documented artist Bill Hendricks says: “He persistently… addresses difficult subjects and playfully nudges his viewers off their preconceived ways of seeing and being.” Il Kaboom Grosso (1998) and Lucky is again (2002) were elaborate installations, mysterious treasure hunts that turned a viewer into a participant who could choose to react to or ignore clues and visual puns. The Wondercommon (2008), at the Otis College of Art and Design, examined the contradictions of human behavior, as seen through a carnival prism.