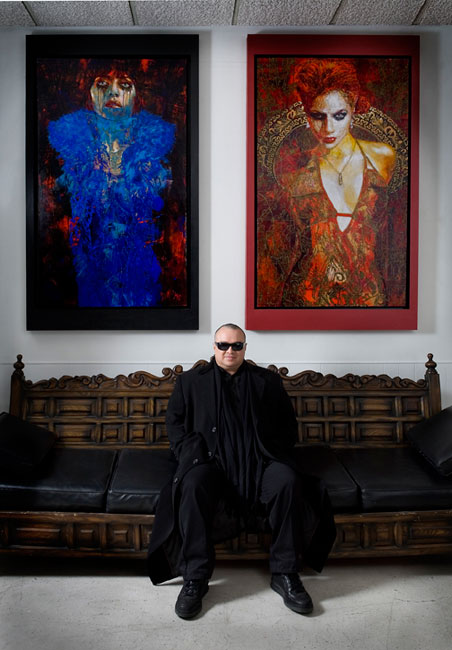 George Yepes’s works cannot easily be ignored. The rich colors grab us first and we have to keep looking. His art challenges assumptions about icons both religious and popular and has been described as the best of both worlds, where bravado meets classical standards. Actor Cheech Marin once commented, “The first time I stood in front of a Chicano painting – it was George Yepes’s Amor Matizado – I had the same feeling as when I first heard a tune by the Beatles.”

Born in Mexico and raised in East Los Angeles, his early experiences were marked by poverty and violence. He graduated from Cal State LA with a degree in business and studied painting at East Los Angeles College. He was a member of East Los Streetscapers, Los Angeles’ renowned muralists collective. One of his great accomplishments is the creation of Academia de Arte Yepes, the first free mural academy for young students in Los Angeles.

George Yepes’ documentation took place in 2009 and was sponsored by James and Mary Galbraith. The FOTM Archive contains extensive information about this artist.