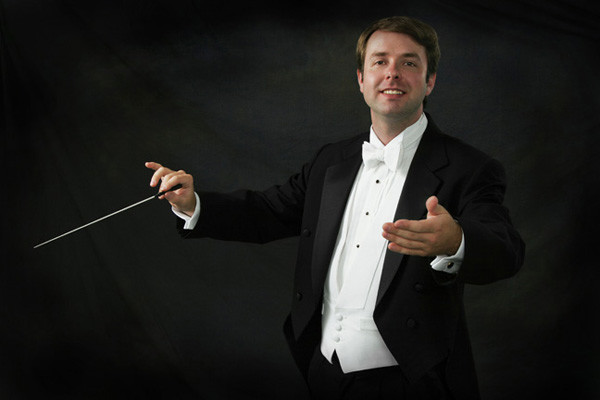 Daniel was a student of FOTM extensively documented musician and composer Miguel del Aguila during the summers of 1997-1999.  Black studied conducting at the St. Petersburg Conservatory, Eastman School of Music, and Northwestern University.  In 2018, he was one of eight recipients of a Solti Foundation U.S. Career Assistance Award- his third such honor.  After a successful first season as Assistant Conductor of the Florida Orchestra, Daniel was promoted to Associate Conductor for the 2019-20 season.

Daniel Black has conducted numerous orchestras both in the US and abroad, always to high acclaim. He is on the IMG list of approved conductors for film concerts with orchestra, having conducted very successful performances in 2018-19 of Home Alone and The Wizard of Oz with the Florida Orchestra and the Texarkana Symphony Orchestra, respectively.  He also made his podium debut with Michigan Opera Theatre in 2019: conducting Bernstein’s Candide to enthusiastic reviews.  Additional highlights of recent seasons include guest-conducting engagements with the San Antonio Symphony Orchestra and the Dnipro State Opera and Ballet Company (in Dnipro, Ukraine), and engagements as assistant conductor for opera productions with Michigan Opera Theatre, Opera Theatre St. Louis, and the Florentine Opera Company.  As Music Director of the Oshkosh Symphony Orchestra, he created the first professional recording of John Harmon’s Crazy Horse symphony, and presented the Midwest Premiere of the work, a performance which was hailed as “one of the most momentous evenings in the [130-year] history of the Grand Opera House.”  He toured China as assistant conductor of the Chinese premiere of composer/conductor Bright Sheng’s opera Dream of the Red Chamber.