A Conversation with Carlos Grasso

Carlos Grasso studied both visual arts and music as a child while growing up in Buenos Aires, Argentina. He worked as a professional flautist and graphic designer before moving to Southern California where he found his passion for painting. As an apprentice to FOTM documented master artist David Leffel, Carlos honed his skills in realism and life drawing. The freedom of abstraction has driven his later works, mixing “the outside world” and “the inside world”. His collage-based compositions juxtapose found objects with abstract paintings, creating a dialogue between the tangible and the intangible, the subjective and the material. Grasso will be featured in a two person show at the Museum of Ventura County June – August 2019. In addition, he is a member of the prestigious Ojai Studio Artists, who open their studios annually the second weekend in October.

Special invitation to Educators & Students:
The Artist Spotlight and panel discussion is open to students attending as a class assignment free of charge. FOTM is happy to assist with tracking attendance and sign-in sheets. Reservations required.

AfterGLOW Fundraising Event:
Join us for AfterGLOW, a celebratory supper at the home of Teri Willison immediately following the program. Paid reservations are essential & required prior toJune 11. We expect this AfterGLOW to sell out.

$30 FOTM members, $40 Non-members. Maps will be given to paid guests at the interview. 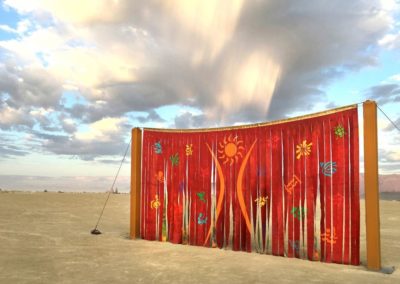