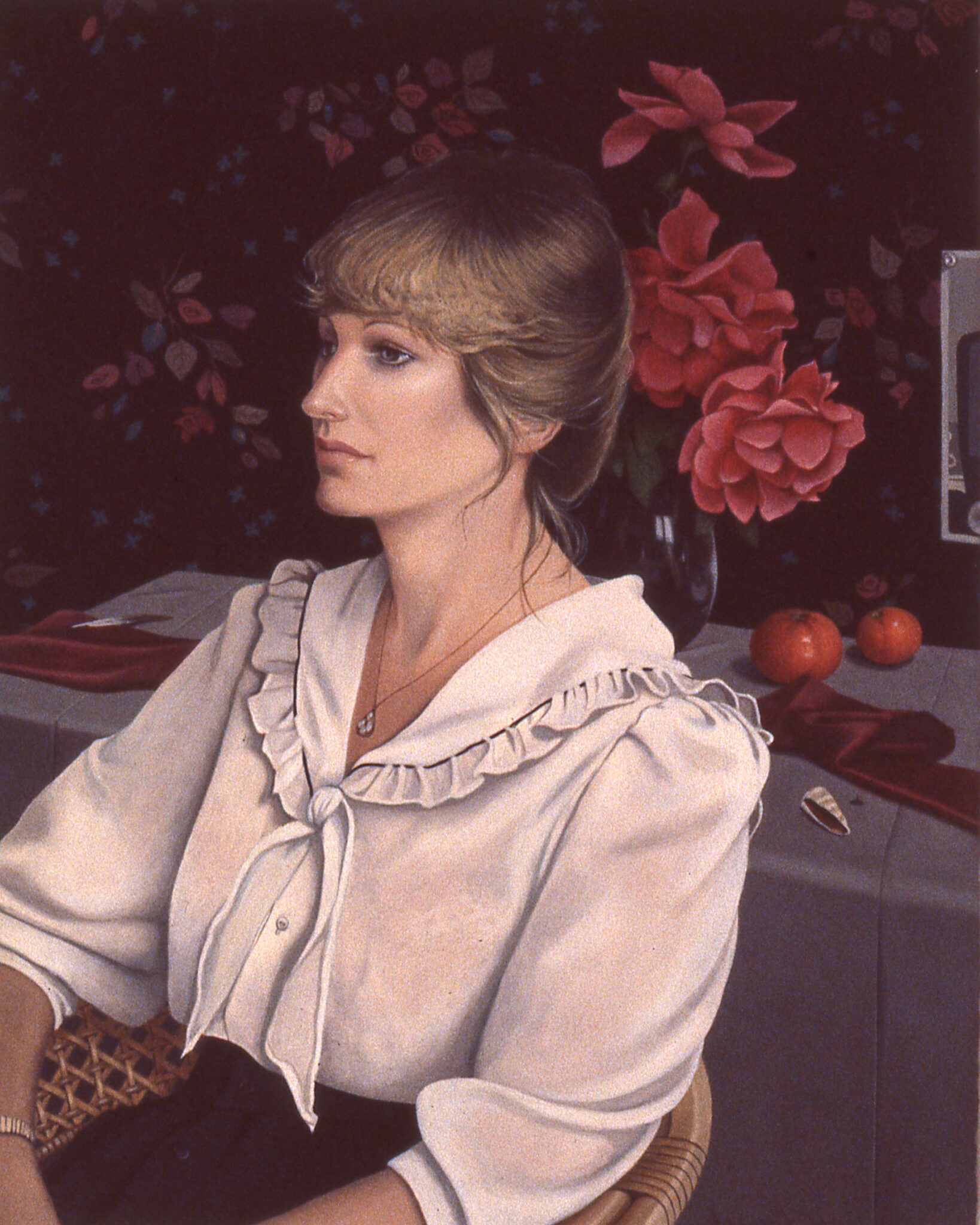 Adrielle, daughter of renowned realist painter Carol Rosenak, displayed exceptional artistic talent as a young child and drew tremendous attention from experts in child art. She spent her youth in the Bay Area and graduated from UC Santa Cruz with a Bachelor of Fine Arts Degree. Her style evolved into a whimsical surrealist approach that invited the viewer into her world of spirituality. After spending a decade in Ventura’s burgeoning art scene, Rose felt the need to expand her horizons and was drawn back to the Bay area. She remarked in an oral interview recorded in April of 2004 that “the butterfly must come out of the cocoon.” She decided that San Francisco was the place to concentrate on her fine art. Upon arriving, she immediately began to show her work and became entrenched in the surrounding art community of North Beach. She was known in the Ventura area as “The Fairy Lady,” so named for her love and belief in fairies and angels. She would often be seen around town adorned with a set of her own handmade wings strapped to her shoulders. Her wings would not only help to define her character metaphorically but also gave her, in her words, “the courage to be myself. It reminds me of who I am.  Love it or not, this is me.”