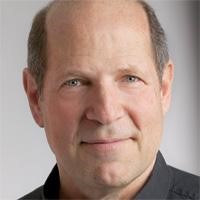 David Singer, clarinetist extraordinaire, has performed at the White House and played with Yo Yo Ma at the Spoleto Festival. He is equally comfortable at Moorpark High School, nurturing and encouraging young musicians. The New York Times writes: “To describe his playing would be to enumerate a catalogue of virtues.” Think of accolades such as exceptional, sensitive, expressive, technically brilliant. He has appeared on more than 100 recordings, including two Grammy Award winners and is a sought-after judge in major competitions, including at the Juilliard School in New York. Recently he formed the Singer Chamber Players, an ensemble that includes FOTM extensively documented cellist Virginia Kron. His achievements as an educator are equally impressive. He serves on the Music Advisory Board of Young Musicians Foundation with composer John Williams and former LA Phil concertmaster Glenn Dicterow. His students feel privileged to work with a true artist who does more than teach technique — he builds confidence, motivating them to perform at the highest level. David Singer is the first to brag that prize-winning scientists have very likely played in their high school music ensembles themselves.

Singer’s documentation took place in 2018 and was sponsored by Paula Spellman. The AfterGLOW was hosted by Steve Newkirk and Virginia Kron.