Explore the World of Steampunk Dada

Before it became the full-blown sub-culture it is today, Steampunk started out as a science-fiction sub-genre in the 1970s. Its fundamental inspirations go all the way back to 19th century Victorian writers, such as Jules Verne (author of 20,000 Leagues Under the Sea) and H.G. Wells (author of The Time Machine).

Join FOTM as we explore these cultural phenomenons in preparation for our annual fundraiser for arts education, Steampunk Dada: Electric Carnival

Join us on Zoom!  After you RSVP, you will receive an email with a link to join our secure session.

New to Zoom?  Click HERE to learn how to use it.  It’s easy! 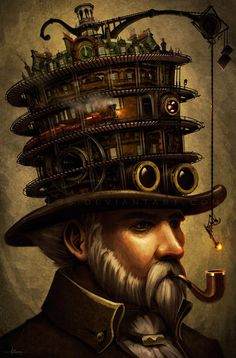